Let us look at what is covered with Proposition 105. 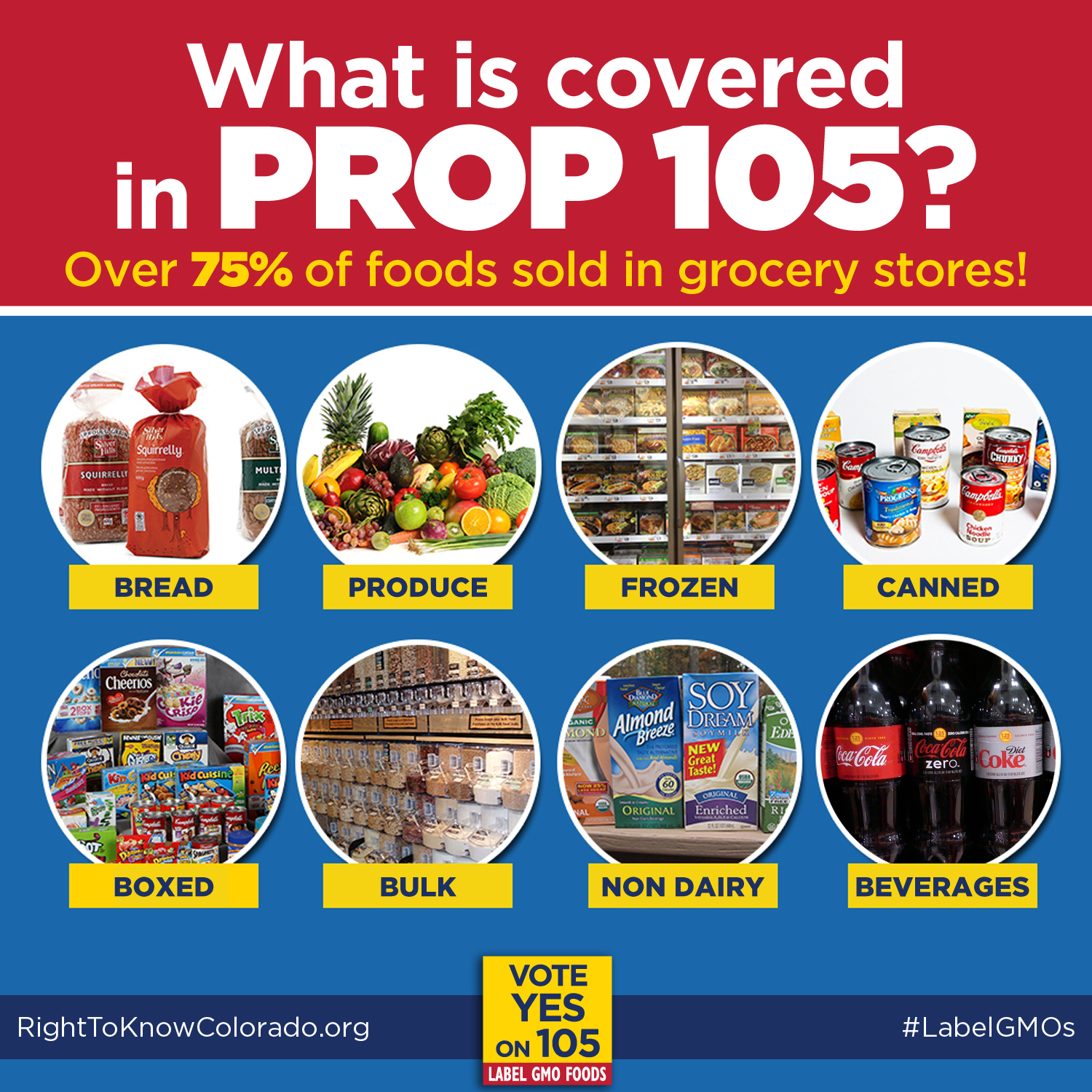 We approached Proposition 105 as a single-subject statute within the Colorado legal framework to get an initiative through the courts that could then be used as a reasonable first step as we gathered signatures for the current ballot. As it was we were tied up in court for months with the opposition earlier this year but still ended up with over 170,000 of the required 86,000 signatures we needed during our reduced signature-gathering period.

There are exemptions with foods for immediate consumption (restaurant and deli foods), alcohol, organic foods, medical foods, and foods that come from a single animal such as eggs, meat, dairy, cheese, and honey. Foods for immediate consumption and alcohol would need to be regulated through different regulatory agencies than the packaged and processed plus raw foods that Proposition 105 covers.  The foods coming from the single animal sources would not necessarily need to be regulated since current standards examine the animal not the feed with exception to voluntary organic standards (3% of all food is organic).  The closest we come to animals created with genetic modification in the marketplace are salmon that are being contested in select markets.

We have heard the opposition claim that 2/3 of all food from markets are exempt – this is false. This claim comes a biased report written by an ally examining California foods for Proposition 37 in 2012 and it refers to up to 2/3 of all food in the whole food system or potential of all food taking into account restaurant food and alcohol. You can see this biased source here.

Instead we urge you to go to your local market and ask them to examine their weekly SKU reports to figure out how much food that leaves their doors will require compliance for labeling. In our efforts this has been between 70-90% including mainstream stores like Target Grocery.

Other arguments we have heard is that sugar should not need to be labeled since it contains no protein or genetic material. We contend that if a genetically engineered sugar beet is the source for sugar then the product is "produced with genetic engineering." Besides the Truth Test on CBS found trace elements of this engineering in beet sugar.

If you have questions about what is covered or exemptions please let us know.  You can reach kia@r2kcolorado.org

The Monarch Massacre: Nearly a Billion Butterflies Have Vanished

Biden issues executive order, agriculture in line to get help