Another probable carcinogen on its way into Europe’s soybean imports? 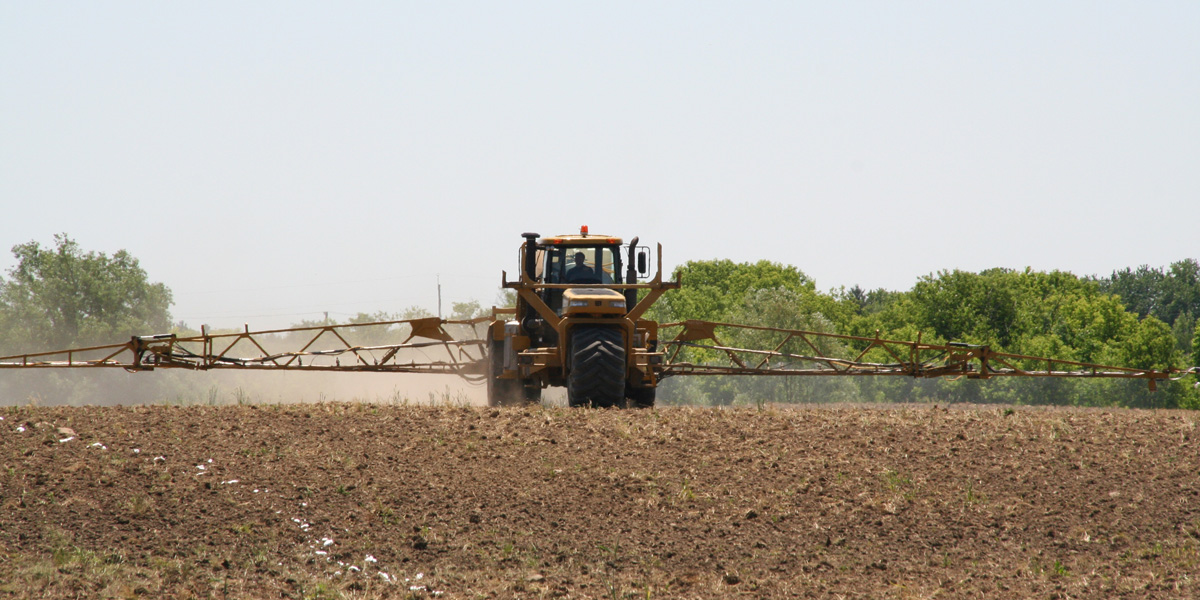 GM soybeans that tolerate glyphosate, a probable carcinogen, are already imported into Europe. Now the European Commission is coming under US pressure to allow the import of GM soybeans sprayed with a second probable carcinogen. Ray Seidler, a former senior scientist with the US EPA, says Europe should just say no

ONCE AGAIN the US agribusiness lobby is trying to bully the rest of the world into approving GM crops. In the latest case, the American Soybean Association (ASA) is asking top US agricultural officials to help it push the EU Commission to approve new types of GM soybeans.The two soybean varieties are genetically engineered to survive being sprayed with a combination of herbicides: 1) MON87708 x MON89788, engineered to tolerate Monsanto’s glyphosate + dicamba 2) FG72, engineered to tolerate Bayer’s glyphosate + isoxaflutole.The herbicide mixtures are a response to the glyphosate-resistant weeds that are choking up farmers’ fields, thanks to the widespread planting of glyphosate-tolerant GM soy and maize. So much glyphosate herbicide has been sprayed on these fields that weeds have become resistant. So farmers are turning to other herbicides and combinations of herbicides to control them.There are real dangers with the herbicide combinations used on these soybeans. Residues could turn up in food and feed supplies. Scientists don’t know if there are combined synergistic health effects when both chemicals are present simultaneously within one crop. The necessary studies have simply not been done. I am especially concerned about the glyphosate and isoxaflutole mix, since both chemicals have been found to beprobable human carcinogens when analyzed separately. The World Health Organization’s cancer agency IARC classifiedglyphosate as a probable carcinogen last year and 94 international scientists agreed with the designation. And the US Environmental Protection Agency (EPA) classified isoxaflutole a “likely” carcinogen as long ago as 1997. Pesticide Action Network has dubbed it a “Bad Actor” with regard to cancer, in the highest category of of toxicity.

The studies that have been done on glyphosate and isoxaflutole individually indicate that there is some overlap between their effects. This suggests that they could combine to cause more serious effects. For example, both are toxic to the liver and cause liver and thyroid tumours, as well as birth defects involving the development of the skeleton. That’s the finding of an analysis of the scientific data by the toxicologist Wolfgang Reuter for the German research organization Testbiotech. Reuter wrote, “Combined effects are neither assessed within the European pesticide authorization process nor during the authorization process for the two varieties of genetically modified soybeans under scrutiny.”EU Commissioner Vytenis Andriukaitis has admitted that there are no methods in place in Europe to assess the combined and synergistic effects of pesticide residues. He wrote in a letter to Testbiotech and GeneWatch UK: “It is true that the legislation requires cumulative and synergistic effects of residues to be considered… but only when the methods for assessment will be available. This is not yet the case and the legislation recognizes that further work in this respect is needed.”

In February 2016, the European Food Safety Authority (EFSA) published its peer review of the risk assessment of isoxaflutole. This only served to heighten previous concerns since:•    Isoxaflutole was confirmed as carcinogenic and a developmental toxin •    In soybean seeds three different metabolites of isoxaflutole were found•    Risk assessment for food and feed could not be completed , and no maximum residue level (MRL) could be determined, due to lack of data•    Numerous risks were identified regarding exposures to operators, workers, bystanders to spray events, consumers, non-target terrestrial vertebrates, other terrestrial organisms, and groundwater.So EFSA has identified serious risks and data gaps, and EU Commissioner Andriukaitis is aware that there are no toxicological studies for the combined effects of glyphosate plus isoxaflutole – two probable carcinogens.Yet in spite of all this, Andriukaitis says that the Commission wants to allow these soybeans to be imported into Europe. I am shocked by this development. The lack of testing of the consequences to animals, humans, and the environment should be enough to disqualify the import of such soybean products until such assays are available. Whatever happened to the precautionary principle?

Isoxaflutole was conditionally registered in the US by the EPA in 1998. The registration was limited in time until 2001 and restricted to certain states. Also, farmers were restricted to one application per season.The EPA explained its concerns: “Isoxaflutole demonstrates developmental toxicity and has been classified as a Group B2 carcinogen (probable human carcinogen)… Isoxaflutole is persistent and mobile, and may leach and accumulate in groundwater and through surface water.”Because some corn growing states restrict or prohibit the use of isoxaflutole for fear of groundwater contamination, the herbicide is currently used on only 7% of the US corn acreage (roughly 7 million acres). Use of isoxaflutole on the FG72 soybean crop will increase its use within the US to a projected 50 million acres.The EPA also noted several data gaps or unknowns, including studies in rats to test whether isoxaflutole affected brain and nervous system development, and tests on the chemical’s behaviour in groundwater and surface water. But the agency granted the conditional approval anyway as a restricted use pesticide. Now it appears that FG72 GM soy has become eligible for isoxaflutole treatment in an unrestricted fashion. In my view this is not an acceptable risk assessment decision. What happened to the EPA’s previous safety concerns? In Europe, isoxaflutole will likely be found in food supplies in combination with another probable human carcinogen, glyphosate.  The European Commission must take seriously the potential risks to human health posed by these soybeans and their residues. It should not allow their import until suitable biosafety tests are in place. I am especially concerned that pesticide-contaminated FG72 GM soy could enter the food chain and be fed to infants in soy-based baby formulas. Others who eat poultry, pork, or beef from animals fed with GM corn and soy could consume residues of endocrine disruptors active at very low levels, in the parts per billion. They could also be eating probable or possible carcinogens such as glufosinate, dicamba, 2,4-D, isoxaflutole, and glyphosate – all of which are used on GM herbicide-tolerant crops. Because of weed resistance to herbicides, US agriculture is on a pesticide treadmill. Europeans should keep the products of that treadmill out of their food and feed supplies.

Dr Ray Seidler was formerly a professor of microbiology at Oregon State University and senior scientist at the US Environmental Protection Agency, where he wrote the EPA's Biosafety Plan.

Help stop the European approval for toxic soybeans – send an email to Jean-Claude Juncker, president of the EU Commission:http://www.testbiotech.org/en/toxic-soy

Pharmaceuticals and Pesticides Are Polluting US Rivers and Streams