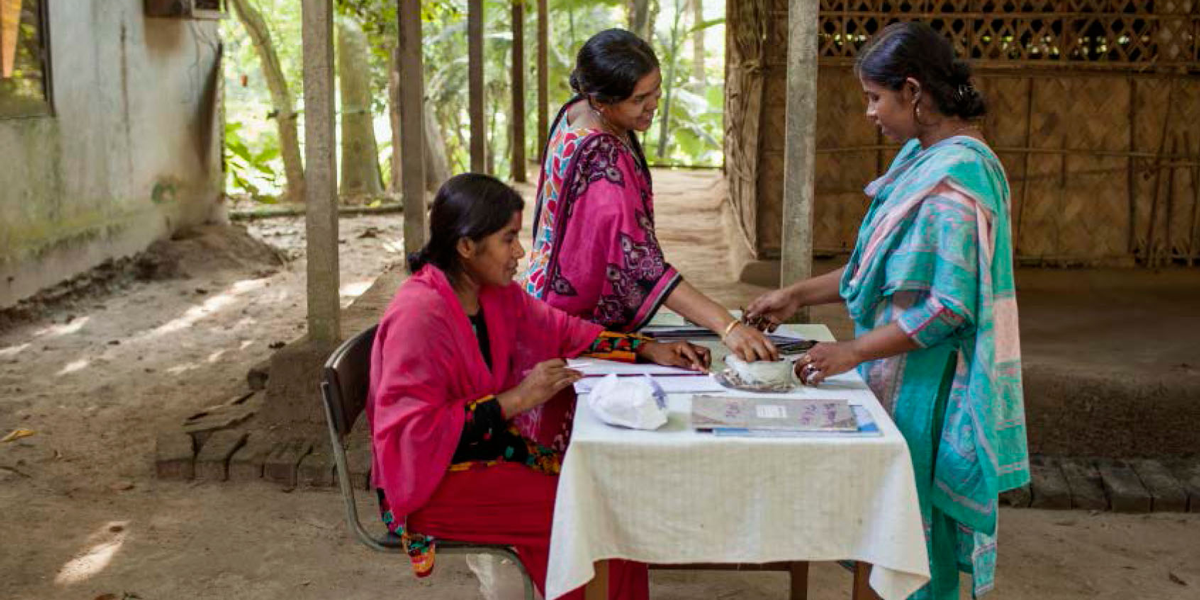 A collection of photographs taken in the Indian and Bangladeshi countryside for a photo essay published by Global Justice Now tells a story of corporate power and its impact on ordinary people. Following are excerpts from the photo essay, which is worth looking at in full.

In India and Bangladesh, farmers have been fighting the expansion of industrial agriculture for decades. In India, Monsanto has a tight grip on cotton growing, with a 90% market share in cotton seeds. Its business model shores up its control of agriculture as farmers are pushed into uncontrollable debt because of expensive seeds and chemicals. Over the past twenty years nearly 300,000 farmers have committed suicide in India.

But there are positive alternatives to these corporate-controlled seeds.

In Bangladesh the community-led organisation, UBINIG has established an extensive seed saving network which enables the exchange and preservation of a wide range of seeds. This seed diversity is key to maintaining biodiversity as well as building resilience to climate change and pests. It also helps farmers build local resistance to the corporate takeover of their food system.

The campaigner who wants to free the seeds 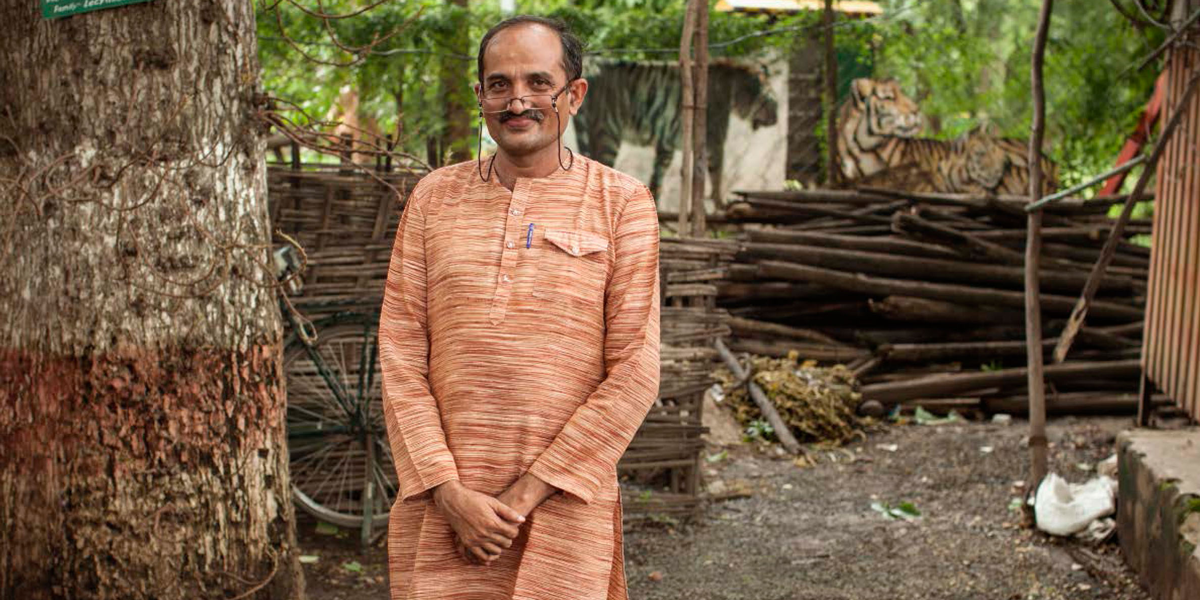 Kapil says that at the start farmers were happy with the introduction of Monsanto’s GM cotton. Good weather conditions and a high global price for cotton made it profitable for farmers to grow. So, many farmers stopped growing vegetables and other crops to just focus on cotton. After almost 8 years of growing GM cotton, farmers started to experience serious problems.

He says pesticide use had increased to the same level, or even more, than before the introduction of Monsanto’s cotton. Pests have become more aggressive than they were before, with some even becoming resistant to pesticides, meaning that farmers are buying even more. Crops are becoming susceptible to diseases that previously were not a problem. Soil quality has deteriorated because GM cotton drains soil of its nutrients. The switch to cotton farming has also meant that less food was grown locally, leading to food shortages.

Kapil says the adoption of Monsanto’s cotton has contributed to farmer suicides as they often find themselves with unmanageable debt and ever increasing production costs.

Many farmers are now moving back to non-GM cotton. “There was a marriage with Monsanto but the honeymoon is over and now farmers are ready to get divorced.”

Kapil is hopeful for the future, predicting that more people will switch to organic agriculture and move away from chemicals. Kapil says there is a global fight against multinationals and their intensive, unsustainable agriculture. 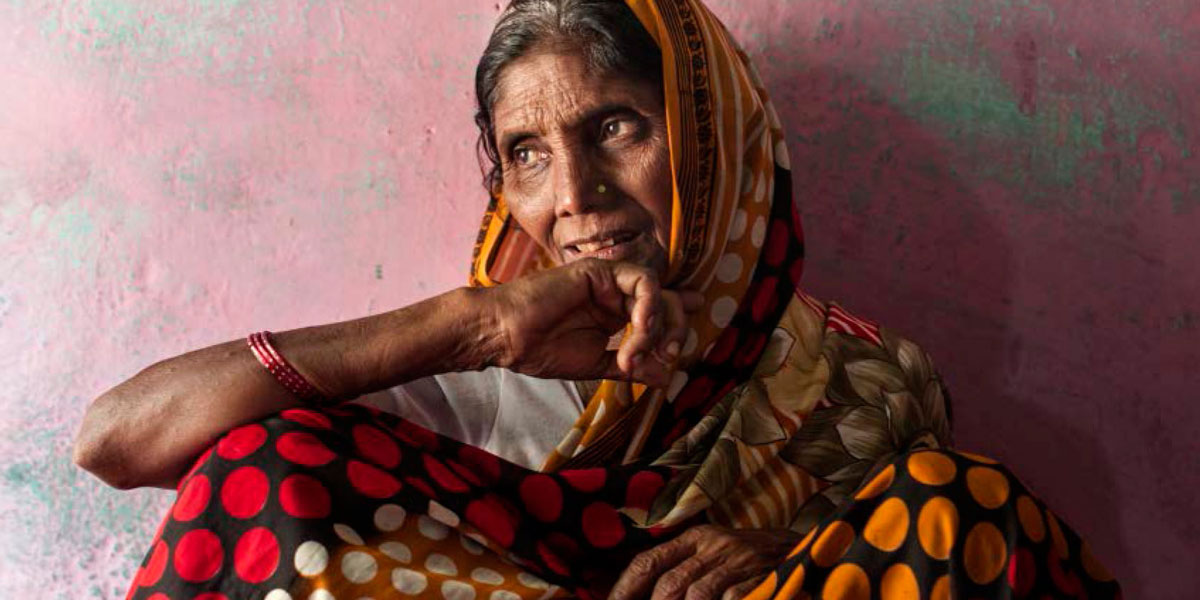 Baby Bai Baise, at her house in Hiwra, Maharashtra where she lives with her son, daughter-in-law and grandchildren.

Her husband killed himself in 2007 by drinking sulphur poison. His crops were failing, and he was under a lot of pressure to pay off large loans he had taken out to pay for crop products.

Baby Bai works as a GM cotton farmer, but sometimes grows soya bean. She has always planted cotton, but complains that the crop’s success is too dependent on good weather.

She makes little profit out of the cotton crops, because almost all of it goes to paying off the loans she took in order to pay for Monsanto’s seeds.

Baby Bai told us that all the farmers in the area are in debt, and as a result many are suffering from constant stress. She said that three other men in her small village had also killed themselves in similar circumstances to her husband.

Many farmers cannot access bank loans so depend on loans from informal lenders or relatives.

The introduction of GM aubergine 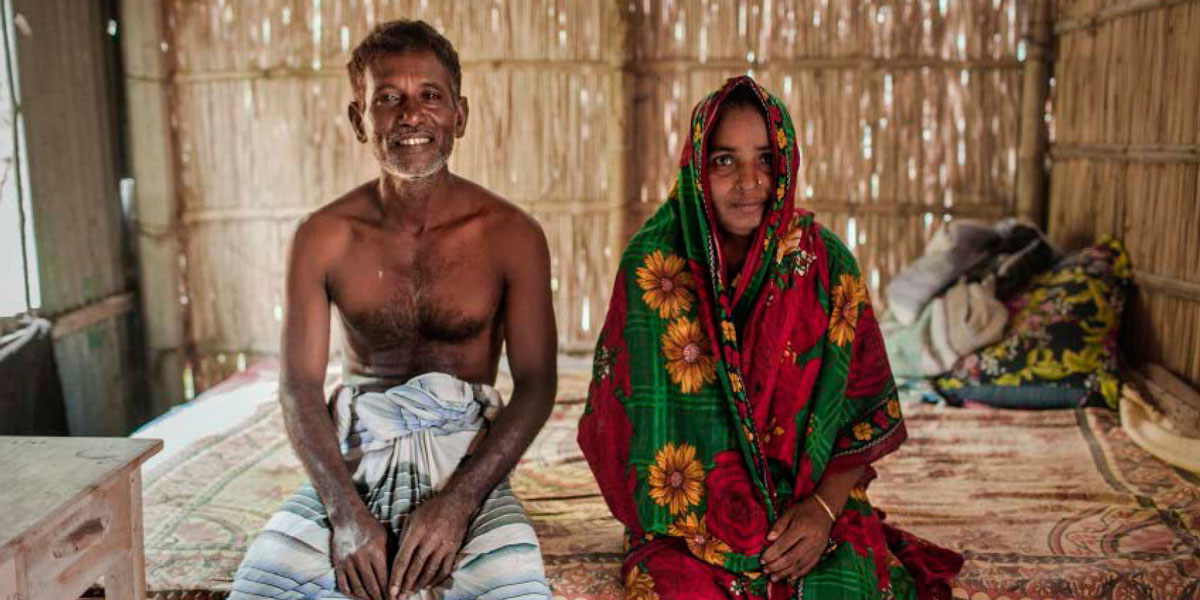 Mahtab, 38, pictured with his wife Jahanara, 29, in the house in which they live, in Bangram, Pabna.

Mahtab decided to plant GM aubergine after being chosen to participate in a government research trial. The aubergine strain was supposed to reduce pesticide use as it contains a chemical which makes the plant resistant to a particular pest.

After a first round of trials, Mahtab’s GM aubergine crop resulted in low yields and less profits than if he had planted other crops. Mahtab opted out of future trials.

Other farmers who live in nearby villages said that when they planted GM aubergine it was protected against the one specific pest, but the presence of other pests increased. They had to spray the fields around four times a week, something they had never had to do before.

The plant known as Bt brinjal is the first GM food crop that is being approved for field cultivation in South Asia and is set to be commercially released after trials.

Although the trials are being conducted by a government-run research centre, it is understood that Monsanto and its Indian partner Mahyco preserve all the intellectual property rights over GM aubergine.

How the #Nobels4GMOs campaign is rife with biotech industry ties

Much of Europe’s Farmland Will Remain GMO-Free